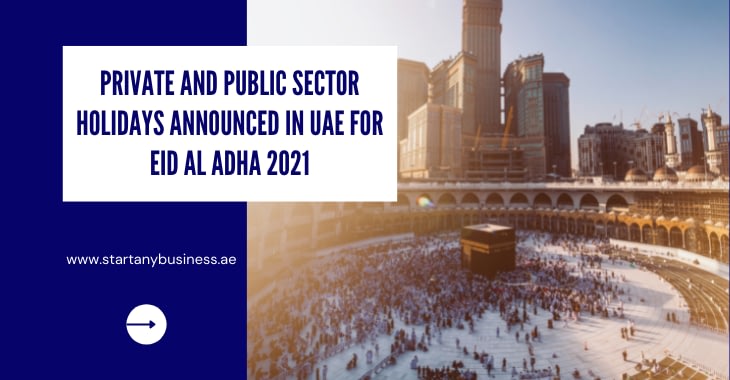 According to the Federal Authority statements the private and public sector holidays announces for Eid Al Adha 2021.

Employees would be leaving from Monday to Thursday, 19 July to 22 July, returning Sunday 25 July. Federal authorities and Ministries would be closed on these days.

Same announcements for the private sector are expected later today.

Eid Al Adha is one of the very crucial festivals in Islam. This year, It coincides with the end of schools for the summer, when thousands of citizens are expected to travel.

Festival of the Sacrifice

The Eid Al Adha festival is also known as the “Festival of Sacrifice”. This coincides with the Hajj pilgrimage to Makkah, that requires all the Muslims to be capable to do it at least once in their entire life.

The sacrifice to celebrate the holiday is mentioned in the Quran, that explain how the Prophet Ibrahim was told in a dream by God to sacrifice his son, Ismail, as a test of its faith.

Ibrahim rejected the dream for the first time but repeated it for many nights continuously.

He struggled with judgment, but it ultimately decided to follow the command of God, even as Devil tried to dissuade him. In response, Ibrahim threw stones at Devil; Hajj Pilgrims re-enforce it by throwing the part of rocks at symbolic pillars.

The worshippers pelted stones on the three walls in a ritual series that should be performed by those traveling.

Just as Ibrahim was about to obey, God turns Ibrahim’s son with a goat and asked him to sacrifice the animal.

Muslims now celebrate this holiday by eating the meat of a sacrificed animal.

Also read, 100 % ownership for business in UAE mainland from June 2021

How To Find Local Sponsor For Your Business In UAE

Everything Know About Dubai Expo 2021