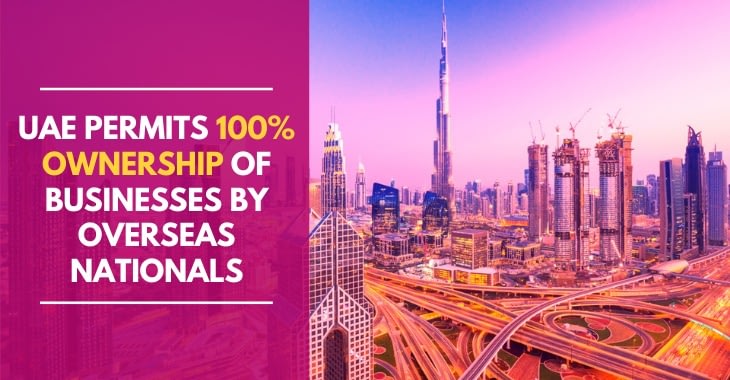 On Monday 23 November the President of United Arab Emirates (UAE), Sheikh Khalifa bin Zayed Al Nahyan issued a decree that allowing overseas nationals 100 percent ownership of commercial companies within the country. He passed this long-anticipated and extensively reviewed Foreign Direct Investment Law, which will have game-changing indications on the investment aspects of the nation. The multiple classes of business licenses will no more demand Emiratis as sponsors with 51 percent shareholding powers, according to the new FDI administration.

Vice-President and Prime Minister of the United Arab Emirates (UAE) and Ruler of Dubai, His Highness Sheikh Mohammed bin Rashid Al Maktoum, said the UAE now enjoys a fertile legislative atmosphere for Foreign Direct Investors to boost the nation’s competitiveness. The Foreign Direct Law (FDI) law, which was adopted in September 2018 through Federal Legislative Decree No 19 of 2018 and an ensuing resolution by the United Arab Emirates (UAE) Council of Ministers No 16 of 2020 in March 2020 modify Commercial Companies Law (CCL) No 2 of 2015.

Under current United Arab Emirates (UAE) law, overseas shareholders can own up to 49 percent of a locally registered company, with a local sponsor/partner holding the 51 percent majority. Although, many sectors deemed strategic are exempt from the new rules that are announced on 23 November 2020. These comprise energy and hydrocarbons, transport, and telecommunications. The new law has amended 51 articles of Commercial Companies Law (CCL) and added new ones, mainly focusing on the regulations of provisions of set up companies with limited liability shareholding.

In United Arab Emirates (UAE), Dubai and Abu Dhabi are already recognized as two of the most powerful business and financial hubs in the world by international entrepreneurs who are lured by the incredible possibilities provided in terms of finance, trade, and commerce, and additionally the renowned ‘can-do attitude’ and the low tax atmosphere in this destination. And now this amazing news also makes these destinations the best place for foreign investors to set up businesses.

In March 2020 the UAE Cabinet Resolution fixed the ‘Positive List’ of sectors and economic activities in which the FDI law is permitted and the percentage of ownership is 100% in companies outside free zones. Although this remained subject to certain criteria being satisfied.

The decree allows suitable local officials a set of powers, comprising setting a particular percentage of Emiratis in the capital allocation and boards of directors of companies, approving applications to set up companies- except for joint-stock companies and recognizing fees as per to the policies adopted by the UAE Cabinet.

The new decree is an additional step in a series of efforts that the United Arab Emirates (UAE) is taking to raise the readiness of the national economy and ready for the future by developing commercial and investment chances and enlarging the competitiveness of the business atmosphere, in line with the rapid economic changes and developments taking place in the global economy, said by the UAE Minister of Economy Abdullah bin Touq Al Marri. 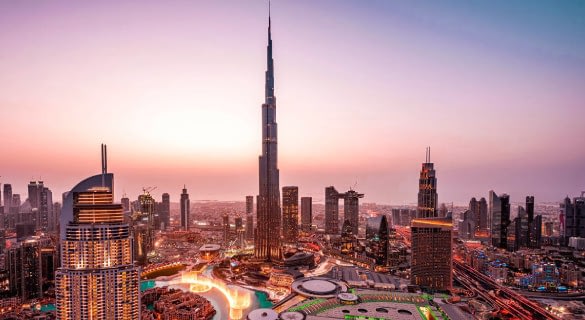 How to start a business in Dubai with no money

How To Get Cafeteria License In Dubai UAE

All You Need To Know About UAE Offshore Company Formation?