Remainder Of IPL To Be Played In UAE From Mid-September
Company Registration Service in UAE. For Popular Package Know More
Share 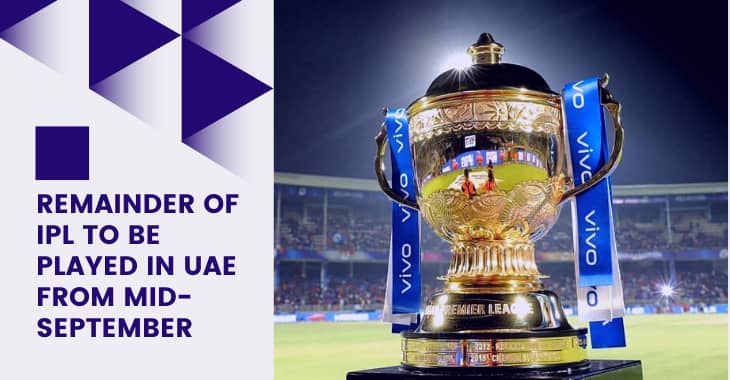 India is unlikely to host the remaining season of the IPL (Indian Premier League) 2021. IPL 2021 was suspended indefinitely on May 04 after four teams detected COVID-19 cases in a bio-bubble. According to the latest reports, the remainder of IPL to be played in UAE from mid-September.

The BCCI took this decision at a Special meeting of the virtual General Assembly on Saturday. The BCCI also decided to “seek an attention” to “take the appropriate call” from the ICC to host the men’s T20 Worlds Cup, which was originally scheduled to take place in India in mid-October and November 14.

ESPN cricinfo has come to know that the BCCI has temporarily set the IPL start date for 20 September, after being narrowed to a window between 18 September and 12 October at recent international.

In a media released issued on Saturday, the BCCI stated that the decision to move the IPL to the UAE, which was suspended in the half-stage in early May, was due to the “monsoon season in India” typically in June, and takes place at the beginning of October.

The BCCI (Board of Control for Cricket in India) on Saturday announced the completion of the remaining VIVO IPL 2021 season in the UAE (United Arab Emirates) in the months of September-October this year in view of the monsoon season in India. Said the BCCI.

The BCCI faces many hurdles in the limited window for the remaining IPL. Firstly, India’s five-match Test series in England is scheduled to conclude in Manchester on 14 September. Within a week of that, England has to travel to Bangladesh and then Pakistan for a series of the white ball which is expected to run through mid-October. More than a dozen white ball players from England are included in the IPL, which will leave several franchises worried about their unavailability.

The other major challenge is CPL, which on Friday announced the player’s draft reiterating that the 2021 edition would be held between 28 August and 19 September. Many top Caribbean players and several other big-name foreign players and coaching staff are included in the CPL.

While the BCCI has initiated negotiations with CPL and tried to convince them to make changes to their schedule, which could then permit players to shift quickly between the bubbles at St Kitts (the CPL venue) and the UAE, this would not be an easy job. Moving the CPL forward is hardly an option as the West Indies home season ends on 24 August, only four days before the CPL begins, and comprise the series against South Africa, Australia, or Pakistan. The BCCI is confident that if the CPL can end even some days before the current end date of 19 September, it can end the IPL on time before the main stage of the T20 World Cup.

At the time the IPL was suspended, there were 31 matches to be played, comprising four playoffs. With India remaining in the Midst of the second wave of the Covid-19, there were strong doubts about India hosting the second part of the IPL. On return to Australia, Hussey said that he also had doubts about the T20 World Cup to be held in India.

This will be the second consecutive year when the UAE hosts the IPL. In 2020, the BCCI divided the entire tournament between Dubai, Abu Dhabi, and Sharjah. Those three venues are likely to play host once again after the BCCI finalizes the IPL dates, which remains its primary challenge now that it has announced a September-October window.

The ICC has also clarified that the window for the T20 World Cup, which is likely to be held from 16-20 October and to 14 November, can’t be changed. The ICC would also like the BCCI to consider whether the 16-team T20 World Cup, which was postponed once last year, could be held in India or should it be also transferred to the UAE, which was named as the back-up venue.

The BCCI stated that SGM (Special General Meeting) has authorized the officials to extend the time to make appropriate decisions from the ICC to host the T20 World Cup. The issue is one major item on the ICC Board meeting agenda, to be held on 1 June, in which BCCI President is expected to attend.

Also read, 100 % ownership for business in UAE mainland from June 2021 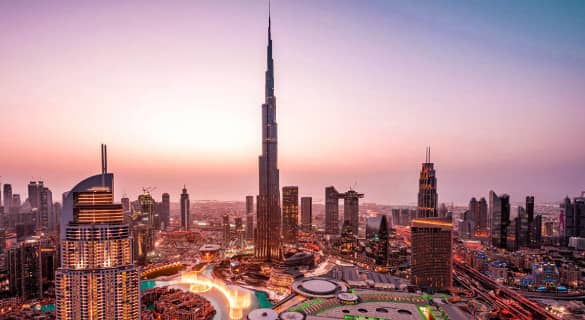 With a history of business success, Poonam is well known in the UAE and beyond as a visionary entrepreneur with a passion for helping others establish and grow their own businesses.
poonam@startanybusiness.ae

How To Find Business Partners In Dubai